Got your hands in the air, and they just don’t care.

It’s been nearly 20 years since we secured justice in the Elvin case, with now too many similarities to young Adam Toledo.

A few years older, but a kid, arguably compliant with commands, hands up, shot dead. There was no video in our case, and Adam may have tossed a gun, but the stories otherwise align closely.

In the Elvin case, he was suspected of careless driving. Once stopped, the shooting officer heard gunfire, which was from less lethal beanbag rounds, and ‘returned fire’ to shoot an unarmed young man in the back. Conflicting commands asked the victim to have his hands up, be on his stomach, face one officer, no, face the other officer, and our guy tried his best. Deceased.

The mandate for the police officers is that they must, Must come home alive. And, as an apt corollary, the routine vehicle subject, the non-violent suspect, the petty offender, non-threatening guy — i.e. reasonably compliant everyday people — Must survive also. And the standard operating procedures for law enforcement seldom take into account whether the subject is deaf, of diminished mental capacity, or suffering from other conditions which impair reaction time.

SOP protocols need to be significantly overhauled, officers need to not engage over traffic and misdemeanor trivia, when engaging there needs to be a priority placed upon distance, timing & patience. Modern policing requires vastly improved hiring, training, oversight, increased presence of shift command, the involvement of mental health professionals, etc. and, naturally, every situation presents its own unique characteristics at the scene. Yet, widespread measures should be instituted without delay, to increase officer protection and ensure community safety, while lessening overall risk.

Over the years, I’ve defended officers as well. And one item worth mentioning, which is emphasized by our law enforcement experts, is that much abrupt action by police results from poor officer positioning, where the perceived need to shoot would not have been so elevated had the officer maintained a safer location. Which is surely just one of the causes contributing to excessive force and bad shoots; skills, technique, experience, attitude, racial & societal disposition and other factors can and will play a role.

“We’re trying to transform into a new way of policing, while others are clinging to an old way of thinking, and so it’s a country in transition, in some ways, it’s like a Greek tragedy.”

Hopefully these many years of horrible outcomes will soon see a brighter day, and long overdue change can be embraced by all sides. 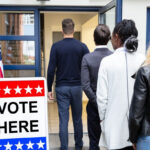 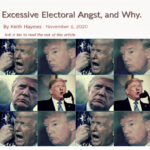 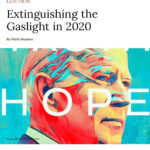